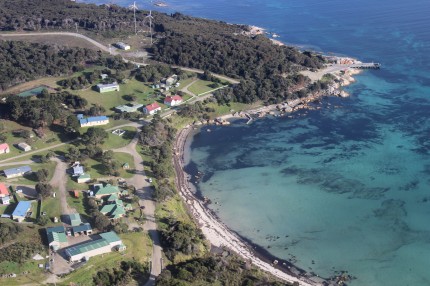 Today, the residents of Cape Barren Island consist of an Aboriginal community of approximately 70 people. Most of the residents are descended from a community of mixed European and Aboriginal people, who originally settled on several smaller islands nearby, but relocated to Cape Barren Island in the late 1870s. In 1881, the colonial Tasmanian Government established a formal reserve and commenced providing basic social services to the Cape Barren community. By 1908 the population had grown to 250 people.