Landing on Flinders, photo taken in 1890 or 1891 (National Library of Australia) 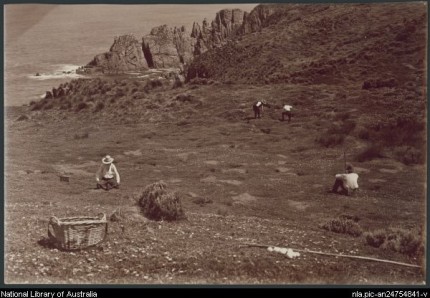 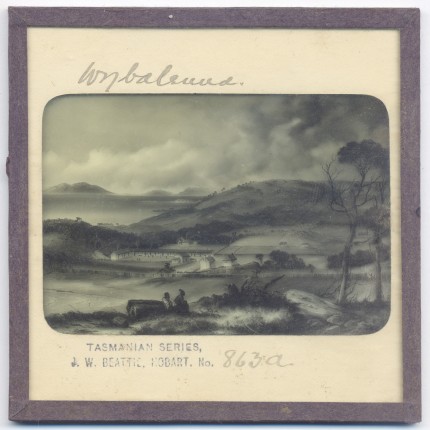 Tasmanian Aboriginals were the first residents of Flinders Island more than 35,000 years ago. They ceased to be full-time occupants between 6,000 and 4,000 years ago.

The next known human contact was when Tobias Furneaux discovered Flinders Island in 1773. However, he did not land on the island; in fact, he did not think the land he could see was an island at all.

In 1797, the merchant vessel Sydney Cove, en route from Calcutta to the new colony at Port Jackson, ran aground off Preservation Island, just south of Cape Barren Island. This had important consequences for the history of Australia, including the first European settlement south of Sydney Town, established by sealers at Kent Bay on Cape Barren Island; and, Austalia's first export industry, seal skins and seal oil.

This settlement was far from successful, though. Of the 200 or so exiles living at Wybalenna over 150 died and were buried in the Wybalenna cemetery. In 1847, the settlement was closed and those who remained were transported to Oyster Cove on the Tasmanian mainland, where, one-by-one, they also died.

The restored chapel is the only building that remains of the ill-fated Wybalenna settlement. The former sites of other buildings, no longer standing, can be easily found using a map drawn by George Augustus Robinson when he was the Wybalenna Commandant.

Originally called Great Island, Flinders Island was renamed by Governor King in the early 1800s. Although Matthew Flinders charted much of the waters around the Furneaux Islands and named several – including Mount Chappell Island after his wife, Anne Chappell – he never actually visited Flinders Island.

Flinders Island represents a microcosm of Tasmanian rural social development, including a Solider Settlement Scheme. With many significant moments in its history, the isolation and remoteness of the area has meant that, in general, it has not developed as rapidly as the Tasmanian and Australian mainlands. This, though, lends to the uniqueness and charm of the Flinders Island experience.